Year 4’s views on their future heard in Parliament! 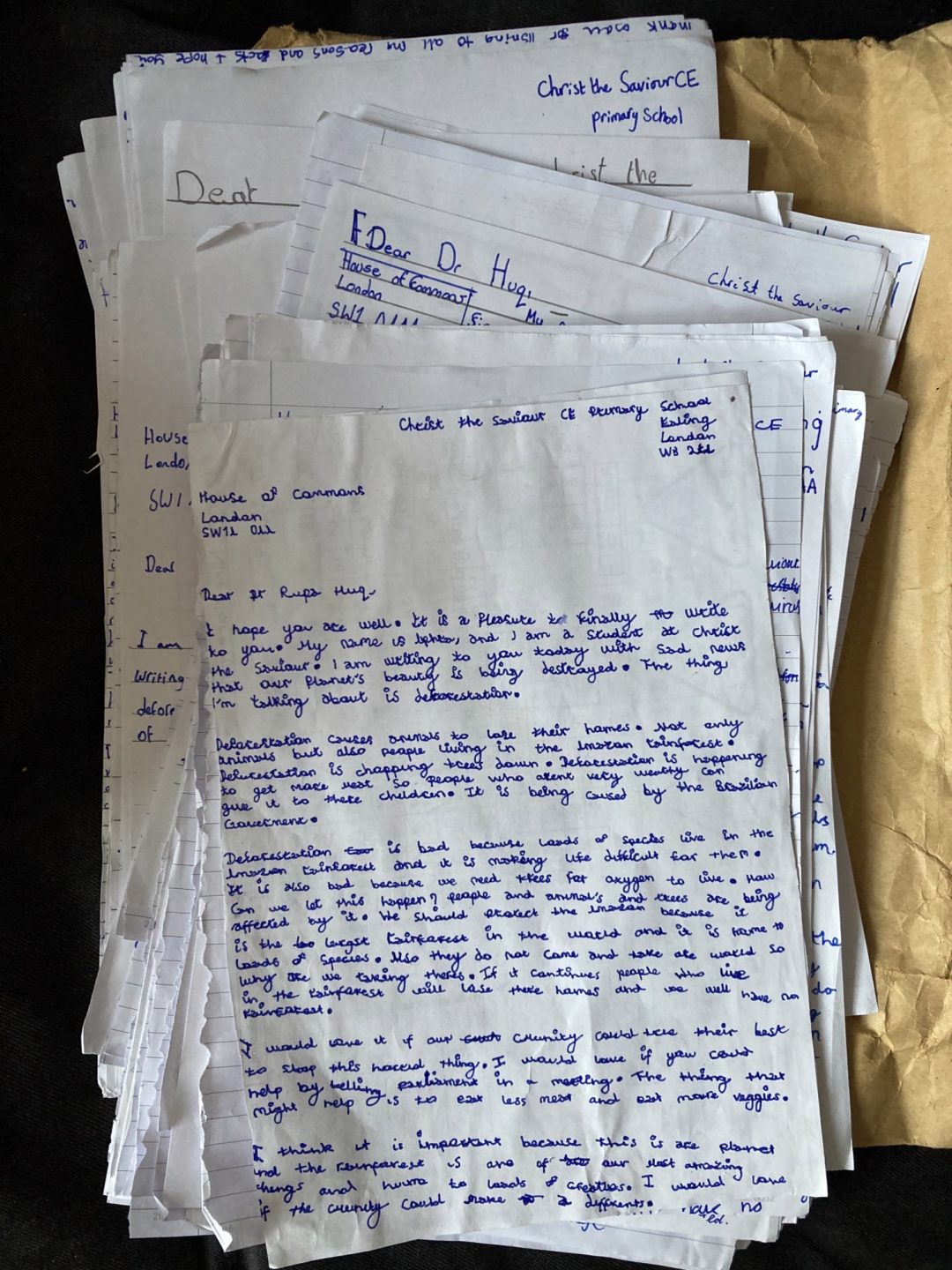 29 Jan Year 4’s views on their future heard in Parliament!

Posted at 16:12h in Homepage by Katie Tramoni

Last term, Year 4 read the wonderful text ‘The Great Kapok Tree’,  a book about the animals of the Amazon rainforest pleading with a man who has fallen asleep, in their home, from exhaustion due to cutting down trees. Pupils engaged in a lively debate after researching the environmental impact and causes of deforestation.

They were inspired to write a letter to our local MP, Dr Rupa Huq, about the impact of deforestation.  Rupa received 120 letters and has taken them into the Commons and showed them during a debate on the Environment Bill.

What a fantastic expression of Christ the Saviour pupils’ work and dedication of service to God’s creation.

I spoke in today's #EnvironmentBill debate.

Have they still had enough of experts? pic.twitter.com/MUzGHjFWPN

We use cookies to ensure that we give you the best experience on our website. If you continue to use this site we will assume that you are happy with it.Ok