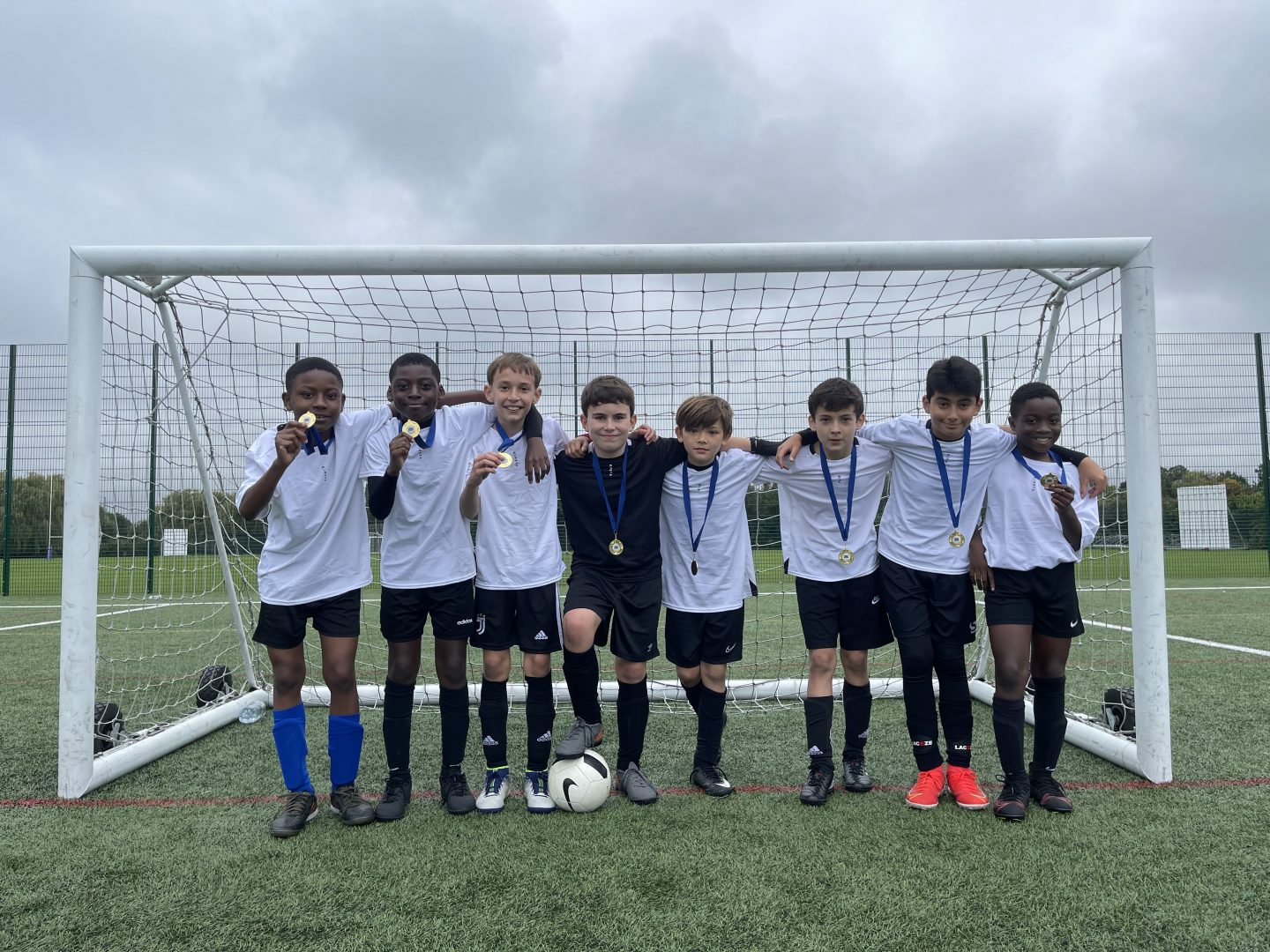 Congratulation to our gold medal winning UKS2 Football team, and thank you Alex from 6SK for writing the match report below:

On the 8th of October 2021 the first football tournament of the year was held at William Perkin High School. Eight pupils from years 5 and 6 were selected by our P.E. teachers, Mr Hingley and Coach Bilal to represent the school.

Finally, the day had arrived for the tournament and everyone was very excited. At 8:30am, Coach Bilal came and picked us all up from our classrooms. We travelled by bus and as soon as we arrived, we began preparing for the tournament that would be starting in only 20 minutes.  We did a warm up and some drills to prepare for the matches.  As the time for kick-off arrived, we were all really excited and ready to play.

Eight teams attended the tournament including us so we each had to play 7 matches. In the first match we hadn’t quite found our rhythm, so we didn’t get the result we wanted. Luckily, we won the next game to get us back on track.  The game after the same thing happened, it was incredible and we were on a roll!  We went on to win all of the next three games, and then it came to the last one against one of the strongest teams in the tournament.

We knew we were on 15 points having won five games, and were so nervous as the competition was so tight. A win in the last game and we could come top of the tournament! After two minutes we scored so we were 1-0 up, but then something very nerve-racking happened. There was a hole in the net and the other team had a shot and it went through the hole. The opposing team thought it was a goal but luckily the referee saw what had happened and the goal was disallowed.

It was the best tournament ever!  Overall, we had won 6 out of 7 games and brought the title back to CTS!