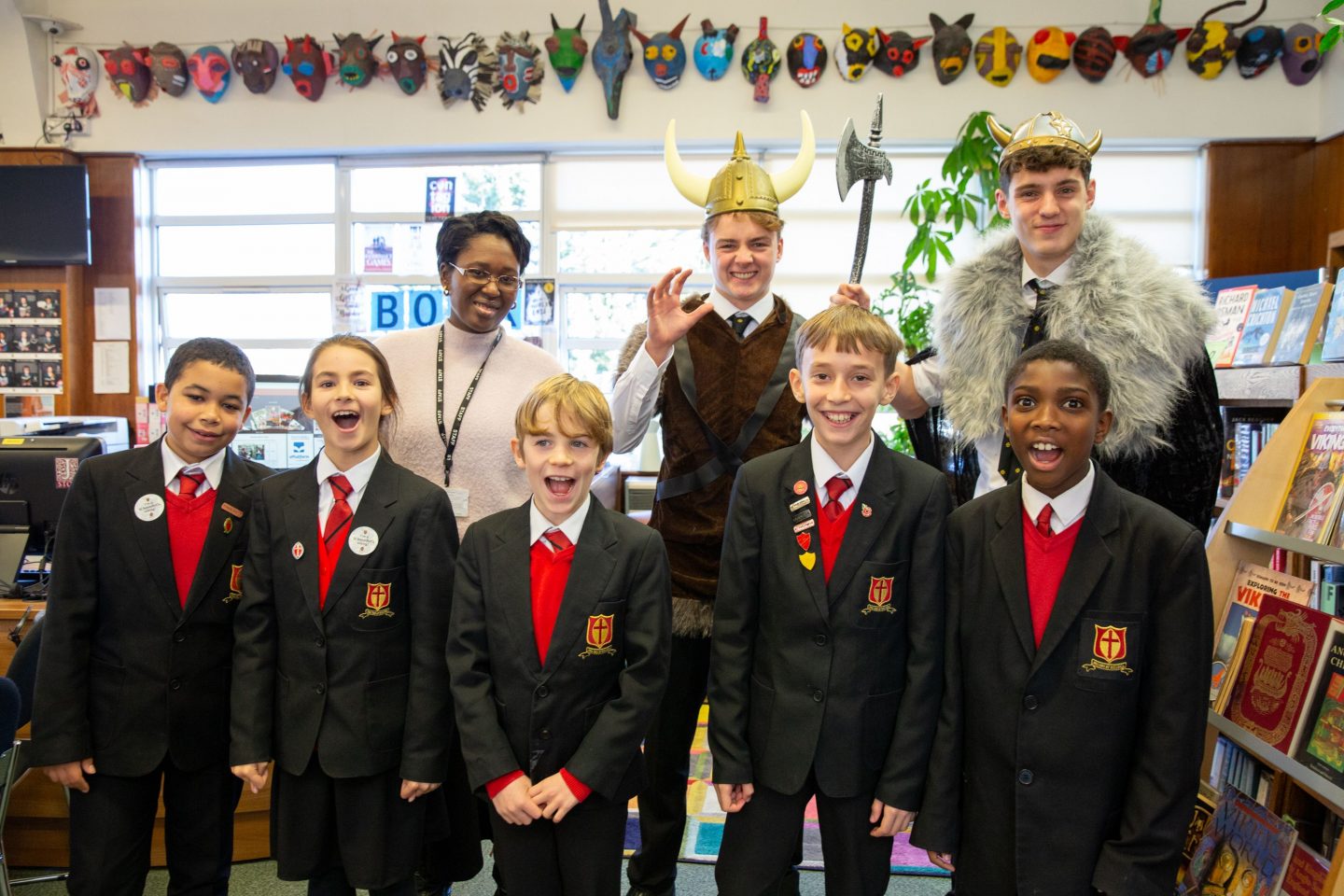 Posted at 16:26h in Homepage by Susan Larson

Last week some of our Year 5 pupils were invited to attend a Viking workshop at St Benedict’s school. Our pupils joined with primary school children from across the borough to investigate the Viking invasion and settlement – it was a great opportunity for them to learn more about their current Year 5 history topic , Anglo Saxons and Vikings. 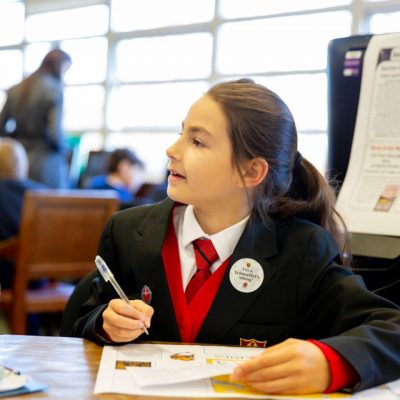 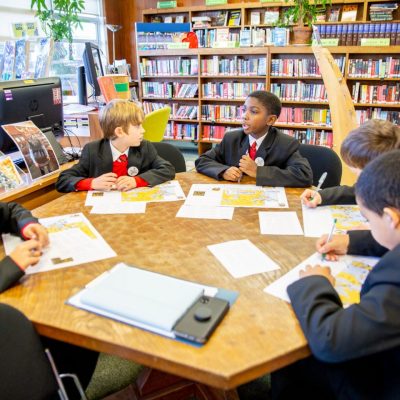 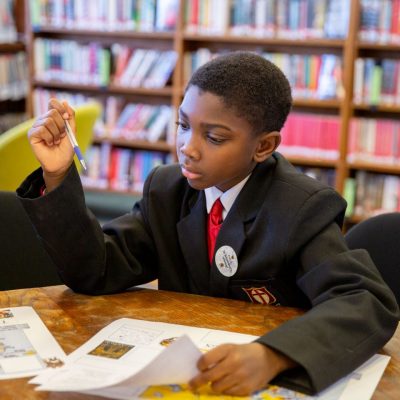 Some reflections from our Year 5s on what they learned and enjoyed can be found below:

We learned about how Eric the Red was kicked out of Iceland because he slayed a man. He then fled to Greenland and later became king. We found this odd and interesting!

Most people consider Vikings as ferocious, however we learned that they were civilised and only were aggressive when protecting and hunting. By looking at artefacts, we were able to better understand the complexity and sophistication of Viking culture.

We were generously given a lucky bag with Viking stickers when we left. We had a great time and got to meet lots of new people!