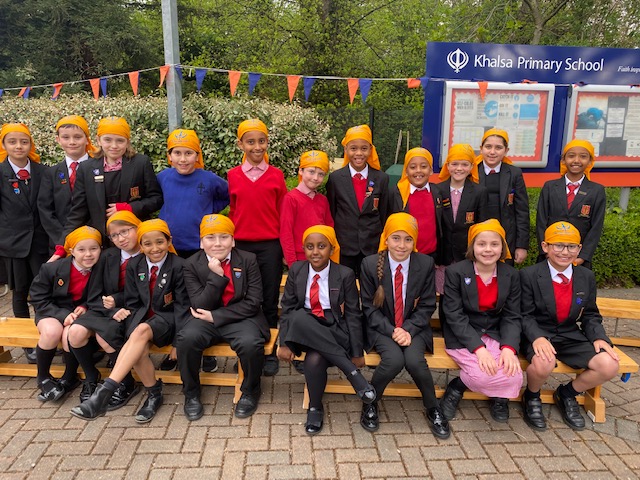 Posted at 12:35h in Homepage by Katie Tramoni

Last week some of our Year 4 and Year 5 Worship Leaders visited Khalsa Primary School in Norwood Green to learn more about their Vaisakhi celebrations. All classes learnt about the Sikh festival of Vaisakhi in our global learning last term so it was a real treat to receive an invitation to bring some of our pupils to Khalsa Primary School to take part in these celebrations.

We had an exciting journey by train and bus and when we arrived at Southall train station pupils noticed lots of the signs were in both English and Punjabi. This was different to Ealing Broadway our local train station where signs are only written in English.

We were greeted very warmly when we arrived at Khalsa Primary School and we were given an explanation of the Sikh faith, helped to cover our heads correctly and we visited the main Darbar hall (prayer hall.) 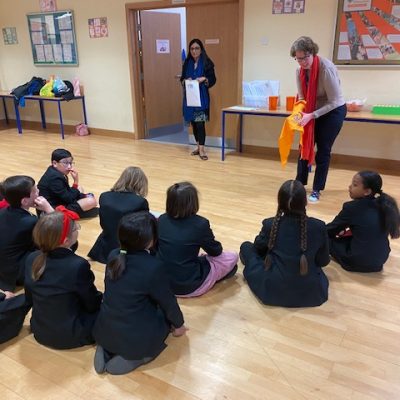 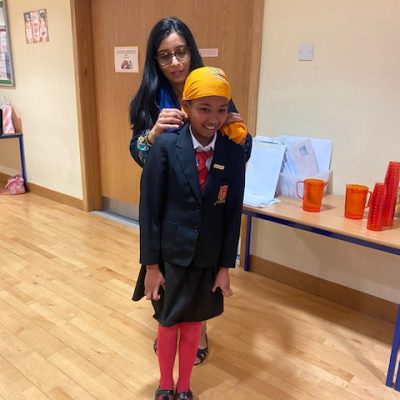 We then went outside and sat near the Nishan Sahib. This is a tall orange flag placed outside a Gurdwara. At Khalsa Primary School they have their own Nishan Sahib located outside, by the school entrance. This was a really exciting experience, we listened to Year 3 pupils leading prayers and watched the Nishan Sahib being brought down and changed. This involved Year 3 pupils washing and polishing the flag pole. It was really exciting when the Nishan Sahib was raised with a new flag as beautiful petals flew down when it was put upright and the children set off biodegradable balloons in orange and blue and cheered! 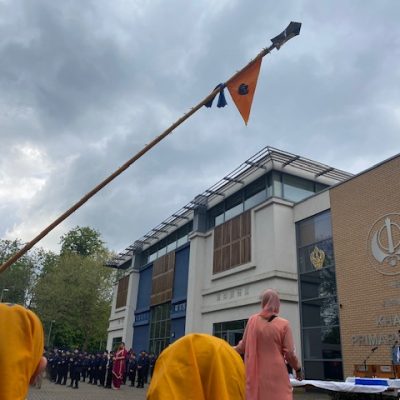 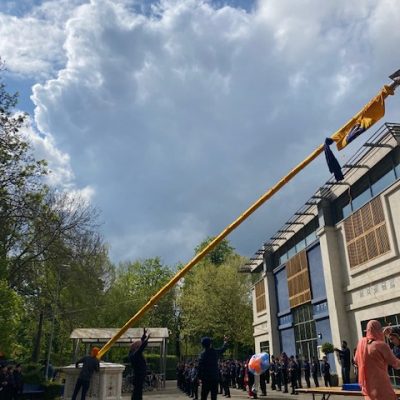 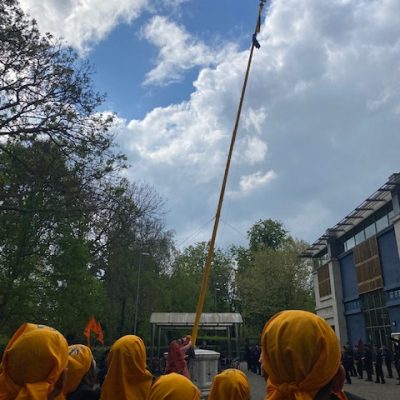 It is only 8 minutes to Southall from Ealing Broadway on the overground train, yet many of our pupils had never visited this part of Ealing. We talked to several  local people who live in Southall on our journey and we were invited to visit their Gurdwaras. Sadly, we didn’t have time on this visit but we’ll certainly be back! 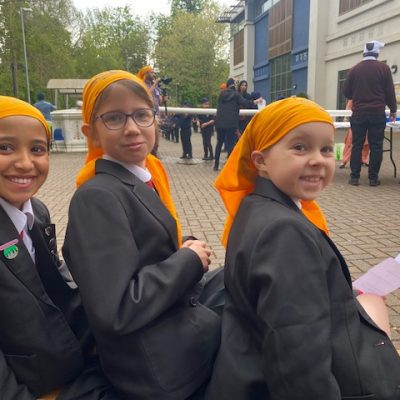 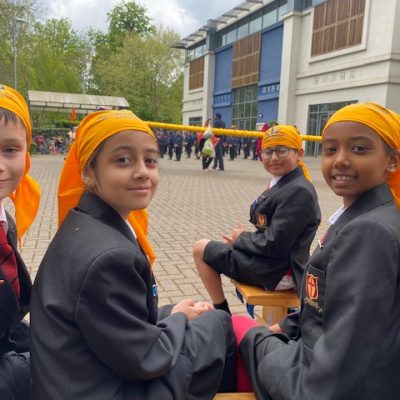 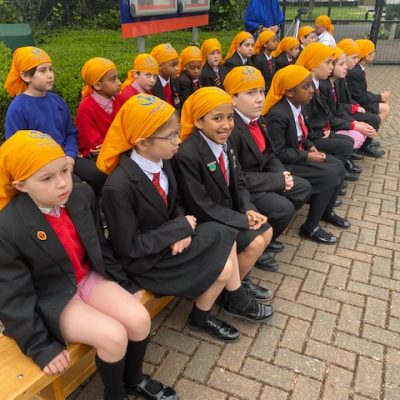